In the field of burglar alarm, there are many popular perimeter protection technologies at present, such as vibrating cable, outdoor three-authentication probe, leaking cable, tension fence, electronic fence, infrared correlation and other technologies. Perimeter alarm system uses technologies such as leakage, infrared and electronic fence to form a visible or invisible "protective wall" at the boundary of protection. For outdoor protection, especially in residential quarters, industrial parks, substations and other places with large space, the mainstream devices such as infrared correlation/electronic fence are mainly used. However, from the current situation of national use, only a few of them have been used for a long time, and most of them have become a display. The main reason is that the anti-interference ability is poor, and it is easy to give false alarms due to the influence of natural environment, including all kinds of light interference, strong magnetic interference and bad weather. Therefore, the application of active infrared detection products in China is still limited at present. The main reason is the product itself, which is restricted by the characteristics of infrared light sources.

Usinglaser as a detection light source has many advantages, successfully solving the problems of laser stability, security and adaptability. Active laser intrusion detector is a new revolutionary product in the field of burglar alarm, which can greatly expand the application space in the field of burglar alarm and bring about new changes in application concepts, mainly 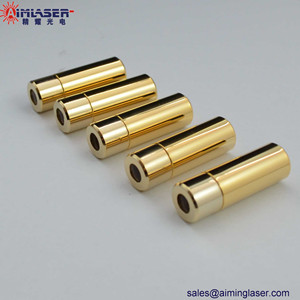 including the following aspects. First, the laser has strong anti-interference and stability. The application of the new generation anti-interference technology of laser correlation detector makes the normal operation of the equipment not affected by the natural environment, and it can work normally even in the strong light environment with 50,000 illuminance. No matter it rains or snows, even in the haze and dust weather, the product can work normally, which greatly enhances the stability and reliability of the product. Second, the ultra-low false alarm rate. It makes the transmission and reception of laser-incident products safe and reliable, and it is not easy to produce false alarms. In addition, the anti-interference ability of laser-incident is outstanding, which can achieve the precedent of near zero false alarms. It may be the perimeter alarm product with the lowest false alarm rate in the current anti-theft alarm market. There is a precedent of no false alarm after one year's use, creating a myth that traditional products can't be surpassed. Third, there are no special requirements for the installation direction. Because laser correlation is not interfered by sunlight, there is no special direction requirement for laser correlation during installation. The receiving host can be installed facing the direction of sunlight irradiation, and the direct sunlight receiver will not produce false alarm, which supports normal protection work in strong sunlight. Not affected by the external natural environment.

Advantages and characteristics of laser correlation 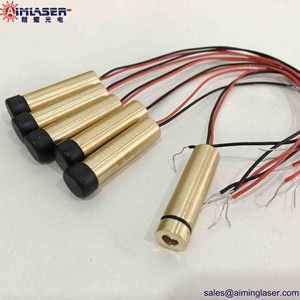 has high power density, small divergence angle, concentrated beam and good directivity. Under the condition of using the same power device, the power density of the target received laser beam is several times that of the infrared LED beam, so it has strong ability to penetrate rain, snow, fog and sand, greatly reducing the false alarm rate. Secondly, it has strong anti-interference and no interference to other equipment. The laser alarm system has strong anti-electromagnetic interference, and has no electromagnetic interference to areas and equipment outside the propagation path of the warning laser beam. Because of the small divergence angle of laser, the beam is concentrated. Third, strong prevention. It can implement continuous cross-defense, without mutual interference, and can implement multi-channel independent beam plane and spatial three-dimensional distribution. Fourthly, the adaptability is wide. The response time of the laser detector can be adjusted between 10-500 ms (the response time of similar products is between 50-500 ms), and the response time can be customized according to different field environments where the equipment is installed, so that it can adapt to a wider range of environments. At the same time, it can work normally at-40 C ~ 70 C without any electric heater.