Characteristics of lasers with different wavelengths Blue laser: The penetration depth is the shallowest, which acts on the inner and outer layers of retina, and is mainly absorbed by RPE, such as argon laser. Green laser: The penetrating power of tissue is stronger than blue light intensity, and it is absorbed by hemoglobin and RPE, 57% by RPE and 47% by choroid. Yellow laser: The retinal nerve fiber layer has little dispersion and strong penetrating power, and the yellow laser is absorbed by RPE layer and choroidal inner layer, accounting for 50% respectively. Red light and infrared laser: the laser with the strongest penetrating power mainly acts on the middle and outer layers of choroid. The absorption of red laser light by choroid gradually increases with the increase of wavelength.

The penetration of laser from 400~950nm in the eye can reach 95%. The absorption rate of RPE and choroid can reach 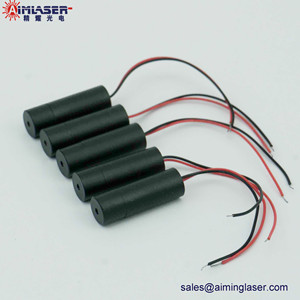 The wavelength selection is mainly determined by the location and nature of the lesion. When there are multiple wavelength lasers, the most appropriate laser wavelength can be selected. However, when there is only a single wavelength 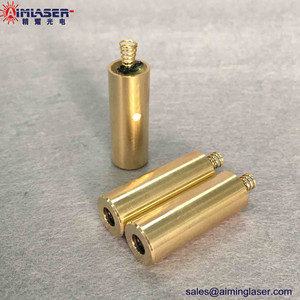 laser, there is no room for selection, which can play the role of other parameters. Argon laser (blue-green laser): mainly acts on the inner and outer layers of retina. Such as sugar net, venous obstruction, EALES, retinal holes, etc., choose wavelengths above green, and green light is often used clinically. Green light and yellow light: mainly act on RPE layer and choroidal lining. Retinal edema in macula area mostly chooses yellow wavelength to reduce the loss of pyramidal cells; If there is no yellow light, you can choose green light. Orange light, red light and infrared light: mainly act on the middle and outer layers of choroid. For example, choroidal neovascularization chooses red wavelength with deep penetration. Photocoagulation of retinal microaneurysms is often performed on the tumor body, and yellow and red should be selected. Selection of wavelength in vitrectomy: blue-green light (488 ~ 532 nm) is preferred; If there is blood on the surface of retina, choose the wavelength of red light. Select appropriate wavelength to achieve effective spot and reduce complications.

The actual spot size is proportional to the energy and exposure time. The closer the laser head is to the retina, the smaller the spot is; the farther the laser head is from the retina, the larger the spot is. The laser spot continuously surrounds the hole for 2 ~ 3 times. As for the energy setting, we should always start with the lowest energy, because there are many factors that affect the laser intensity: the presence of gas, liquid or silicone oil during vitrectomy, the condition of retina, the state of the machine, etc. may all affect the laser reaction, so the spot reaction shall prevail. When the spot size and exposure time are fixed, the power should be set to a small position, such as 50mW, and the power should be gradually increased, such as 100,200, until a white reaction oven appears. Avoid small spot, short time and high energy.