The mechanism of laser sterilization is based on the interaction between laser and substance. Laser can be used for sterilization and disinfection. Different doses and wavelengths can kill different bacteria, viruses and various parasites. Any monochromatic light between 250 and 800 nm has bactericidal ability, and the light at 256nm is most easily absorbed, which is 30,000 times higher than that at 600nm. Laser sterilization can use its thermal effect or other non-thermal effects. Moreover, the laser disinfection and sterilization efficiency is high, the speed is fast and the effect is good. However, because the laser beam is very thin, the irradiation area is small, and the laser equipment is expensive, and it is troublesome to use and maintain, it is rare to directly use the laser to sterilize food in production practice.

When single laser is used for sterilization, the main factors affecting the sterilization effect of laser are as follows: Working mode of laser. The laser working modes mentioned above mainly include: continuous output; Pulse output; Giant pulse output. 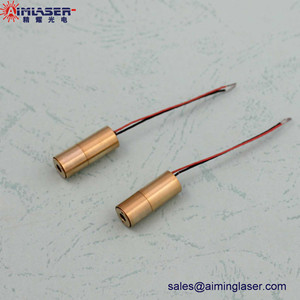 Generally, the continuous output laser power is relatively large, stable and efficient, and it is generally used as the multi-pulse output of sterilization laser. Spatio-temporal parameters. Space-time parameter refers to laser irradiation time for continuous laser. The longer the irradiation time, that is, the longer the action time of laser on the irradiated object, the longer the duration of various biological effects of laser and the greater the laser energy obtained by the irradiated object. Laser energy parameters. Laser energy parameter refers to laser power P for CW laser and pulse energy Wm. for pulsed laser. Optical parameter. There are three main optical parameters of laser: laser wavelength λ; Divergence angle θ and beam diameter d at the output end of the resonant cavity. The characteristics of the material to be sterilized. The absorption band, pH, color, transparency of the material to be sterilized, and the types, properties and particle sizes of impurities contained in it will also greatly affect the sterilization effect of laser.

At present, the direct use of laser in food sterilization is rarely used at home and abroad. This is mainly because the single use of laser sterilization has a big defect, that is, the laser beam emitted by laser can't have a large radiation area, because the large radiation area and the decreased power density affect the sterilization effect. In order to improve the power density, it is necessary to increase the laser power. This brings about an increase in cost. Of course, some special measures can be taken. For example, special optical fiber can disperse the concentrated laser beam into a certain area, but it is limited after all. 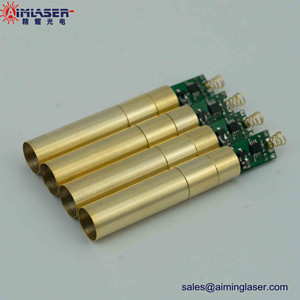 Therefore, it is promising to combine laser with other technologies, such as laser with ultrasound, laser with pulse discharge, which will open up a broad prospect for the application of laser in industrial food sterilization. 1) Ultrasonic-laser combined sterilization. As we all know, in liquid, when the ultrasonic intensity exceeds a certain cavitation threshold, cavitation effect will occur. At this time, the closed and broken bubble will produce shock wave, and its peak value will reach 108N/m2. Such high explosion pressure will kill some bacteria in the liquid, but for a kind of stubborn bacteria among miscellaneous bacteria, it is often due to the dispersion of cavitation micro-threshold, resulting in escaping from the attack. However, when ultrasound and laser are used together, ultrasound is a mechanical wave, the propagation of vibration is longitudinal wave, laser is electric wave, and the wave process is transverse wave. The combined application of sound and light, that is, the superposition of longitudinal wave and transverse wave produces a new sound and light characteristic, forming the superposition of two kinds of energy, resulting in higher energy. The sterilization effect is more obvious. As long as the laser and ultrasonic doses are well controlled, the ideal sterilization effect can be achieved. Combined acousto-optic sterilization also opens up a new way for aseptic packaging technology. 2) pulse discharge-laser combined sterilization. Laser is a kind of transverse wave, and pulse discharge produces longitudinal wave. The combination of laser and pulse discharge produces the superposition of transverse wave and longitudinal wave, resulting in new photoelectric characteristics: when the original laser with strong directivity and thin beam passes through the longitudinal wave field of electric pulse discharge, it is interfered by the longitudinal wave of pulse discharge, which strengthens the reflection, scattering and refraction of laser light, causes the intense divergence of laser light, greatly expands the scope of laser action, and makes the whole container.