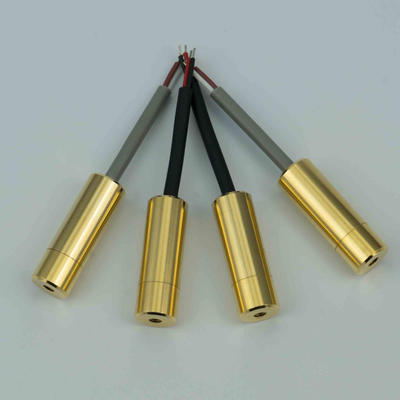 The laser pointer sold on the market is essentially a small laser generator composed of a laser diode, a control unit and a power supply. It mainly relies on excitation in the resonant cavity of the energized laser diode to generate a single-wavelength directional beam, that is, laser. For lasers, power is an important indicator to measure the energy released per unit time. Generally, the power of laser pointers on the market ranges from a few tenths of a milliwatt to a few hundred milliwatts. The higher the power, the more energy the laser can output per unit time.

The power of the laser pointer is usually measured in mW. In the United States, lasers are classified by the American National Standards Institute and the U.S. Food and Drug Administration (FDA). Visible light (wavelength 400-700nm) laser pointers with power less than 1mW belong to the second class (Class 2 or II); those with power between 1-5mW belong to the third class A (Class 3A or IIIa). Class 3B (Class 3B/IIIb) lasers (power 5–500mW) and Class 4/IV (Class 4/IV) lasers (power greater than 500mW) cannot be promoted and sold in the name of laser pointers by law.

We know that if a certain part of the body is irradiated by a laser pointer, light burns, severe burns, lasers, like ordinary light, contain energy, and compared to ordinary light, lasers have directivity and energy. The characteristic of concentration. Because of its good directionality and concentrated energy, it is used in many aspects of life, such as positioning, indication, and signal transmission. Therefore, the laser pointer is also called "pointer pen" and "pointing star pen". However, because of its energy concentration, objects irradiated at a relatively short distance will absorb the energy emitted by the laser at the irradiated point, thereby converting it into heat energy and increasing the temperature of the object. When the temperature is higher than the melting point or ignition point of the irradiated object, the object will be melted or ignited. The balloon explosions and firewood shown in the program are caused by the laser's irradiation that makes the temperature higher than the highest temperature that the rubber and match head can withstand. Similarly, laser irradiation on human tissues will also cause a certain thermal effect. If the power is too high, the heating effect is significant, then it may cause harm to the human body.